“Trust doesn’t happen in a Zoom room. Trust doesn’t happen in a meeting. Trust happens between the meetings. Isaac Stern, the virtuoso violinist, said ‘Music is what happens between the notes.’ Trust is the same...Nothing replaces human contact,” so declared Simon Sinek, a writer known for his motivational speaking on leadership and business, in a recent YouTube video.

Like any claim that seems inherently true at first glance, this deserves a little more scrutiny, particularly since it suggests that without an office employees can’t trust each other or build successful teams.

Proximity is certainly important for collaboration, as anyone who has attempted a group brainstorm in the last seven months has found out. And it’s not just anecdotal evidence in favour of this belief - a 2017 study by Matthew Claudel at MIT found that researchers were exponentially more likely to work together on a paper or a patent if they were in the same workspace.

The results showed that even a small distance could make a big difference: people who worked 400 metres away from each other were three times less likely to collaborate than those who were in the same workspace.

Rather than taking this as a reflection of the laziness of the MIT staff (but seriously, folks, maybe that fitbit deserves some exercise), it reveals just how important physical proximity is for being able to bounce ideas off each other. Was the person one desk over the best person in the whole of the university to work with? Perhaps not, but they were certainly the closest.

Of course, this applies to more than just professional relationships: think of all the relationships that happen largely because of proximity, rather than any more seemingly-relevant factor, from childhood friendships to workplace romances. Just regularly being in the same place as the other person seems to count for more than shared interests or values.

But let’s not be too hasty to extrapolate from this. Just because proximity is important to collaborative relationships, doesn’t mean that we should go all Yahoo circa 2013 and get rid of remote work.

I wandered lonely as a (productive) cloud

After all, most roles involve at least an element of working alone. The evidence suggests that productivity improves when people are allowed to work from home, perhaps because they are able to get on with their solo work uninterrupted.

Researchers from Kellogg School of Management at Northwestern University draw a distinction between productivity (which may be unaffected by remote work) and innovation (which requires in-person collaboration).

Although it conjures up an image of coworkers playing charades to figure out their latest concept, it’s certainly true that many of the non-verbal aspects of communication are lost over an internet connection.

Are companies heading in the right direction?

Many companies are attempting to achieve a “best of both worlds” situation as they use this forced period of working from home to re-evaluate whether they need office space - and if so, how much. The default seems to be neither Twitter’s evangelical enthusiasm for a fully-remote workforce nor Netflix’s Richard Dawkins-worthy skepticism of the entire concept.

Most companies appear to be planning for something in the middle. Employees will work together a couple of times a week or month so they can collaborate with colleagues (and get to work alongside someone other than their cat) and the rest of the time they will work remotely, either working at home or near home in a coworking space or flexible office.

This allows companies to massively reduce their expensive real estate costs while not entirely throwing the baby of collaboration out with the bathwater of building leases.

But - remembering Sinek’s comment about the moments between the meetings - is this enough?

Contrary to Sinek’s assumption, a balance between working remotely and working in the office might be the perfect way to build an effective team.

In 2018 Christopher Riedl and Anita Williams Woolley researched what made remote teams effective by dividing 260 remote software workers into randomly assigned teams. They were all set the same task.

What determined whether they were successful at that task? Overwhelmingly, the type of communication style that they adopted was the most important factor, more significant than the abilities of individual team members or even promising to give them money if they did a good job.

The teams that did best adopted a “bursty” communication style, where they would have bursts of rapid communication, interspersed with long periods of silence (Isaac Stern would approve).

The researchers concluded that bursts of communication allowed teams to get input on their work and align what they were meant to be doing, while long blocks of silence allowed them to actually do said work.

This, they pointed out, flies in the face of conventional wisdom that it is necessary to know what your teammates are doing at all times through constant communication.

This suggests that it’s more important to have teams come together for short periods of time to constructively exchange ideas face-to-face, rather than hoping that the presence of two bodies and a watercooler will magically generate innovative thinking.

The takeaway is that it is more important to have people work together for short periods of time - but to make that time count - than it is to have everyone in the same building every day. (Also: Step AWAY from the Slack channel.)

With bursty communication, the foundations for a strong team can be established and colleagues can feel like they trust each other - while still reaping the benefits of remote work.

After all, trust may develop in the silences. But there’s no point creating that trust if you can’t trust your colleagues to work in that same silence.

Interested in workspace where your team can work together? Get in touch to request a demo of Desana. 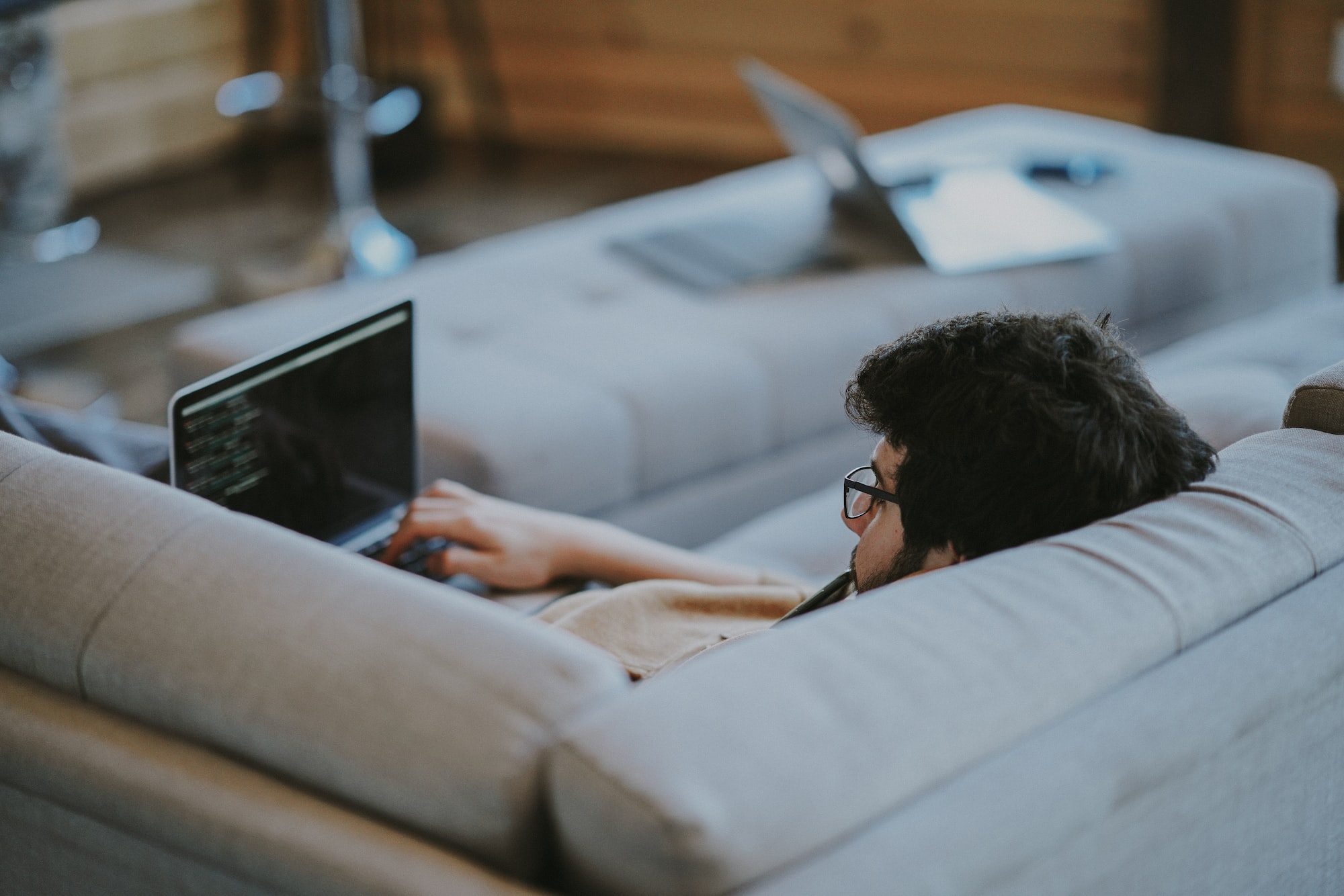 A new year is the best time to get out of bad WFH habits we may have slipped into. Here’s how to reform for good. New COVID-19 restrictions leave companies and employees facing a possible further 6 months of WFH. This is what we’re doing to best support our clients during this time.